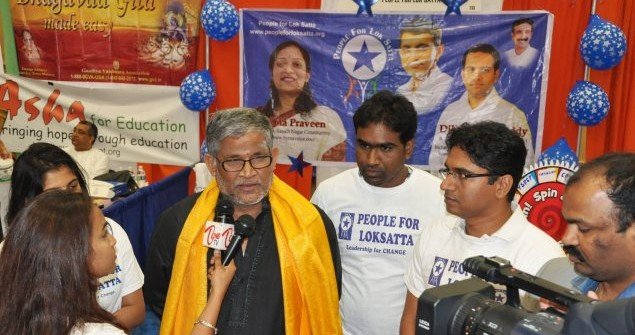 The 19th TANA Convention held in Dallas from May 24th-26th attracted approximately 10,000 Indians from all corners of USA. PFL set up a booth at the TANA Bazar promoting the ideology of Lok Satta party as well as promoting two NRIs Mr. Dilip Sankarreddy and Mrs. Hyma Praveen who returned to India last year with an intention to run for office in the 2014 Andhra Pradesh assembly elections.

Dilip Sankarreddy who holds an MBA from the prestigious Booth School of Business (University of Chicago) is running the notable electoral campaign as the MLA candidate in the Malkajgiri Assembly constituency in Hyderabad city. Mr. Sankrreddy is the winner of the World Bank India Development Marketplace Award (2007) for providing a human-power based lighting solution to nomadic and tribal people in India and has been invited to the 'India Conference' at Harvard University held in March, to speak about the pathways for young people to engage in Indian politics.

Hyma Praveen, a successful entrepreneur is the recipient of the  Female Entrepreneur of the year award ‘ (2008). Mrs. Praveen is working full time in Sanathnagar constituency of Hyderabad addressing the issues of the locals in the area.

Mr. Sankrreddy and Mrs. Praveen gave up the American dream to serve India and PFL promoted their candidature at the 19th TANA convention with a broader goal to inspire the best and the brightest to enter politics in India. 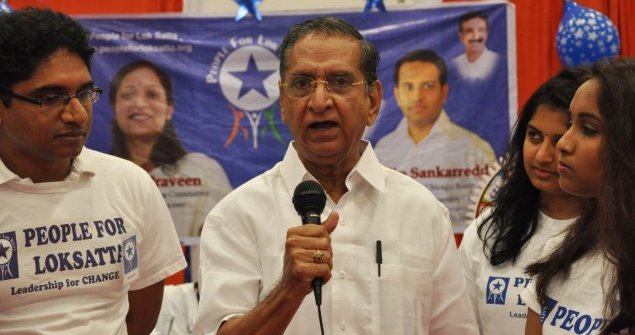 Many NRIs spoke to PFL about the need for dynamic, honest and capable individuals to take up politics as a vocation in order to tackle corruption and improve governance in India by ousting the existing politicians who are looting taxpayer money and neglecting the country.

Notable figures from the Telugu movie industry Mr. Tanikella Bharani and Mr. Gollapudi Maruthi Rao who attended the convention stopped by the booth and expressed the need for such youngsters with a passion for public service to be future politicians.

President Elect of TANA, Dr. Chowdary Jampala mentioned that transforming India’s education system, health care and focusing on infrastructure by future governments should prove monumental in contributing to the progress of India.

The Indian political scenario is grim with barriers like money and dynastic politics preventing honest individuals from the middle classes with leadership qualities to take up politics as a vocation. PFL hopes that more youngsters from across India will join Lok Satta party, which is providing a platform for everyone regardless of age, caste and financial background, and lead India in to the future.