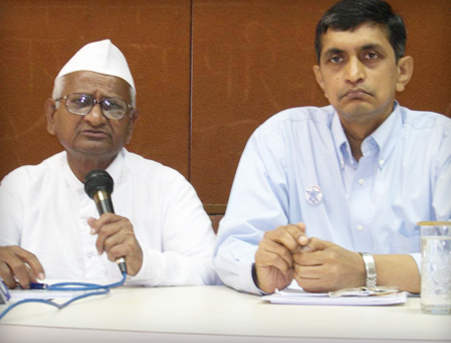 Dear Team, The first campaign that Lok Satta launched in Mumbai was in 2002, prior to Maharashtra Assembly elections. This campaign was launched in collaboration with Anna Hazare's organisation "Bhrastachar Virodhi Aandolan" and "AGNI". The campaign involved an all Maharashtra tour by Anna against CRIMINALS getting tickets from the political parties. It started with a Media Conference in Mumbai. Lok Satta was represented at media conference by Lok Satta's then media coordinator Mr. Hensel D'souza and Mr. Gerson D'cunha of AGNI. The funding and other organisation of this campaign was done by Lok Satta and Lok Satta volunteer Mr. Dilip Mahske accompanied Anna through out the tour.